Home ⁄ Wills, Trusts & Estates ⁄ The Skinny on using a Power of Attorney as an Estate Planning Tool 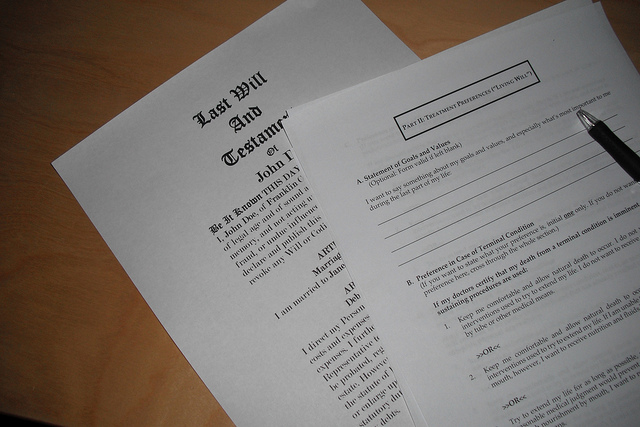 It has become a fairly common Estate planning tool for people to give a Power of Attorney. These are made in contemplation of the circumstance that if you are unable to look after things yourself, then the person you have appointed can do so on your behalf. It gives the person appointed, the power to sign on your behalf. We usually have in mind that the appointed person will pay your bills and look after you normal daily commitments. Their legal obligation is that they must act only in your best interest. They are not permitted to act for personal gain. But what if they do? What if you come home one day and everything is gone? Your only remedy will be to try to find them and take proceedings to get your assets back. This may not be an easy task, if they have fled to part unknown. Because of these risks, a power of attorney is usually limited to spouses who have a long term relationship and hold most assets jointly. Alternate Powers of Attorney may be given to other family members, but you must carefully consider the possibility of things going wrong, even if it is only a re3mote possibility. If children are to be considered, then you might require more than one of them to sign. This will reduce, but not eliminate your risk. You might also keep your copies of the documents in a safe place, only letting the person your have appointed know where they are, but not give them a copy.

A Power of Attorney looks like a simple harmless document, but has extensive and significant powers.

If you decide to give one, then it is valid once it is signed. It does not come into effect at some later date or some new circumstance. If you decide not to give one, then your family must apply for a court appointment which can only be done once it is confirmed by medical professionals that you have become incapable of managing your own affairs. This will obviously take time and cost more, but the courts may also impose restrictions to protect your estate.

A Power of Attorney can be revoked in writing during your lifetime while you still have mental capacity. It will also be revoked upon death, and your will then takes effect.